Even if "Bodak Yellow" isn't your jam, there are some life and branding lessons to learn from Cardi B's rise to the top of the Billboard chart.
Embed from Getty Images

By now, you’ve heard that Bronx rapper Cardi B claimed the top spot on the Billboard 100 chart this week, pushing past Taylor Swift and making history.

Cardi’s hit, “Bodak Yellow,” reached the top without a feature from another more prominent artist. She also did it without first being introduced by a crew or any other male rappers, something music vet Irv Gotti noted on Instagram.

Looking solely at the numbers, Cardi is the first female rapper to top the chart without the help of another artist in nearly twenty years. It’s only the second time that’s happened. You have to dig all the way back to Lauryn Hill’s “Doo Wop (That Thing)” to remember the last time this has happened.

Cardi B is only the fifth female rapper ever to lead the Hot 100 at all. After Hill, Lil’ Kim ruled for five weeks in 2001 with Christina Aguilera, Mya and P!nk on “Lady Marmalade”; Shawnna reigned as featured on Ludacris’ “Stand Up,” which topped the Dec. 6, 2003, chart; and Iggy Azalea’s introductory Hot 100 hit, “Fancy,” featuring Charli XCX, led for seven weeks in 2014.

The self-described “regular, degular, shmegular” girl from the Bronx has come a long way.

Cardi’s rise comes after an early start at stripping and a successful, scene-stealing turn on VH1’s “Love & Hip Hop.” Now, she’s making “money moves.” Even if you don’t like “Bodak Yellow,” there are still some life and branding lessons to learn from her meteoric rise. Let’s get into them, shall we?

Be you, not a carbon copy of someone else.

Cardi is memorable, serious when she needs to be, but always herself. She’s present and active on social media, giving us a glimpse at her life behind-the scenes. Whether she’s weighing in on political topics, telling you how she fixed her teeth, or giving you insight into her makeup and hair routine, she’s true to herself and authentic. You never get the feeling someone is telling her how to be. Even when she’s being dramatic.

Be relatable, even when you mess up.

This summer, Cardi found herself in Twitter’s dog house for some old tweets that implied a bias against dark skinned women. She quickly took responsibility, apologized and explained her word choice. People are more forgiving when you own your mess from the get-go.

Surround yourself with people who want you to win.

Cardi’s not part of a well-known crew and, frankly, she doesn’t need to be. Her circle seems small and her likable approach has plenty of people rooting for her, including some of entertainment’s brightest stars.

#Roomies, look who #Cardib ran into at the #MadeInAmerica festival!!! 👀😍#Beyonce 📷: @ct_giovanni

Congratulations to a fellow NEW YAWKA on a RECORD BREAKING achievement. Bardi, this is the only thing that matters!!! Enjoy it💕💞🎀 @iamcardib

Even if Cardi doesn’t make another hit in her life, she’s made history and proved that authenticity still matters. And, that can lead to some serious money moves.

Field producing, research and writing of short, snappy videos for use online and social platforms. 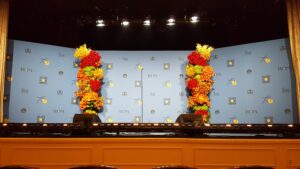